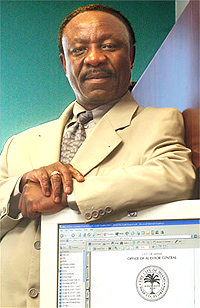 City of Miami Auditor Victor Igwe was let go Monday after 12 years, with little explanation other than his contract had run out.
Igwe, 59, and a lightning rod of administrators over the years for uncovering the misdeeds of city workers, said four city higher-ups including Employee Relations Director Beverly Pruitt and Deputy City Manager Luis Cabrera, visited his office late Monday afternoon with a termination letter, and told him he had to leave. The letter, signed by Pruitt, said Igwe was being let go because the City Commission had taken no action since his contract ran out April 28.
It was shortly past that time when Igwe approached commissioners asking for a new contract, but was told instead Commissioner Frank Carollo would evaluate his compensation and report back to the city within 60 days. The two-month period ended Monday.
Pruitt “said she doesn’t have authority to keep paying me because the commission failed to take any action,” Igwe said.
Igwe’s final contract which he signed in 2007 – like the city clerk and the city attorney he signs four-year contracts – paid him a salary of $172,000 a year. It calls for a severance payout of six months if he’s fired, but it’s anything but automatic: The contract reads the payout can be considered, and it needs the approval of the City Commission. Igwe said he will likely seek legal counsel to determine if he’s due the payment.
Igwe has long been considered a thorn in the side of authority in Miami. He often wrote scathing audits, one over a decade ago that found the director of the Bayfront Park Trust was misusing city funds. He was jailed. Another audit found illegal payments from a city Community Redevelopment Agency, which eventually led to investigations involving former City Commissioner Arthur Teele Jr., who eventually killed himself in the lobby of The Miami Herald building.
Via Miami Herald
Posted by Sam Rega at 9:04 AM No comments:

Email ThisBlogThis!Share to TwitterShare to FacebookShare to Pinterest
Labels: City of Miami, Herald 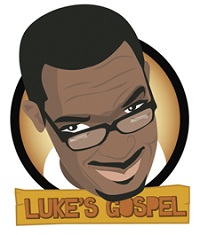 
If you are an African American civic leader in Miami, you're better off keeping your mouth shut and doing as you are told. If you don't, then the secret society of elitist rich Anglos and Hispanics who run this county will try to destroy you. It's been going on since the 1970s since the late Miami Herald publisher Alvah Chapman created the Non-Group, a cabal of mostly white male CEOs who set the agenda for Miami-Dade County.

This Good Ole Boys club was so secretive that Chapman barred reporters from attending the Non-Group's monthly dinner meetings. Imagine that: The headman-in-charge of the community's only major daily newspaper censoring the fourth estate from his backroom deals.

The Non-Group doesn't "officially exist" any more, but it's clear to me that a select group of elitists, the developers and businessmen who get together for Greater Miami Chamber of Commerce luncheons and rounds of golf at the Biltmore Hotel, still control and dictate the course of county politics today.

And as long as African American politicians follow orders and don't stand up for their poor disenfranchised communities, they are left alone. But if you don't say, "yes massa," they assassinate your character. For example, they recently had Herald columnist Fred Grimm write a hit piece on me highlighting my arrest record and raunchy music career. Fuck Fred.

When Arthur Teele spoke out against this secret society stealing millions of taxpayer dollars meant to help Overtown get on its feet, they crucified him so hard that he shot himself in the head of theHerald's lobby. When his successor Michelle Spence-Jones got wise to their game, she was targeted for elimination too.

They got her indicted on two separate public corruption cases. She's already been acquitted in one trial, and rumors are swirling the Miami-Dade County State Attorney's Office will drop the other. Yet Spence-Jones has already been convicted in the court of public opinion.

Now that the Secret Society wanted Carlos Gimenez to be county mayor, their media partners have ignored some pretty shady aspects of his campaign. No reporter has followed up on my most recent column about Gimenez supporter and Homestead Councilman Jimmy Williams offering me a $40,000 appearance fee when the former county commissioner wanted my endorsement.

If Gimenez was a true man of integrity, he would have explained to the news media that all this talk about me orchestrating a backroom deal with Julio Robaina is bullshit. But just like his secret society masters, he has none. They should all be ashamed of themselves.


via Miami New  Times
Posted by Sam Rega at 9:00 AM No comments: