Months into Art Teele's second term on the City of Miami commission, activists in District 5, led by Irby McKnight, began collecting signatures to recall Teele. By November 2002, activists collected over 5,000 signatures - enough to begin the recall process. However, by the end of February 2003, McKnight and the rest of the outraged constituents abandoned the recall effort. They felt if the recall went to a vote, Teele had more than enough supporters, especially from the religious community, to retain his seat. McKnight and fellow citizens believe their recall effort was the catalyst for the scrutiny of Teele's District 5 commission seat.

Below are the original flyers handed out as well as signatures. 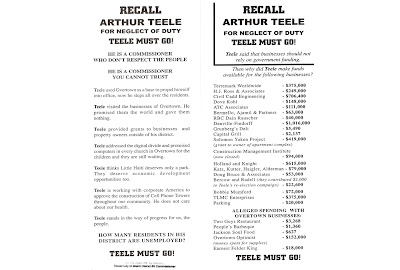 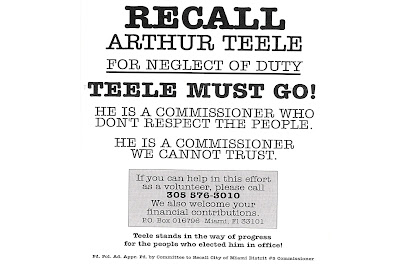 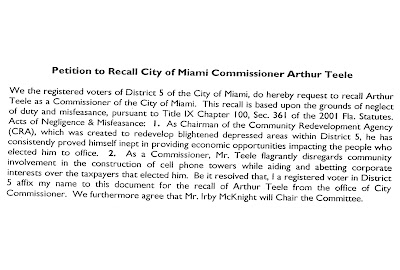 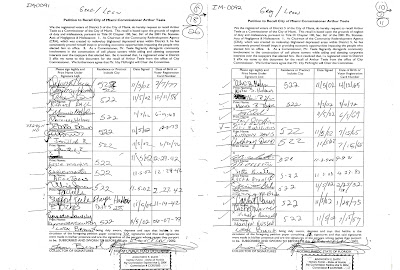